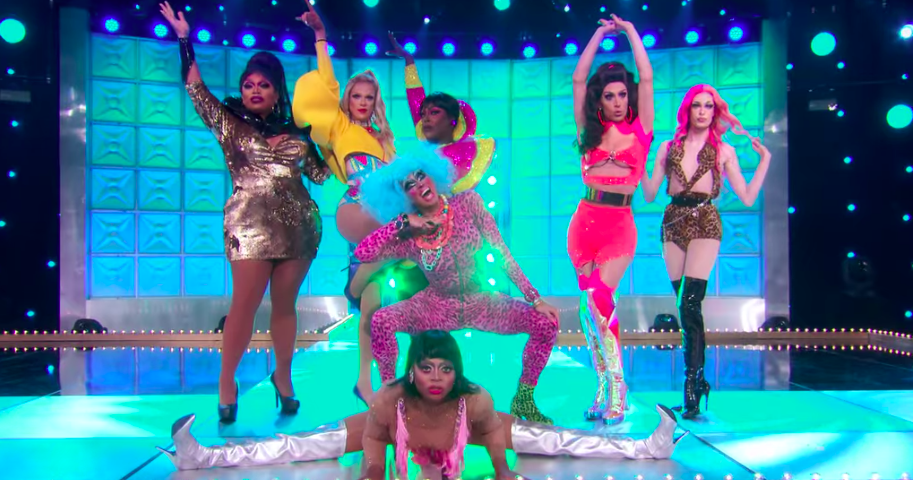 Rupaul Quiz: Which RuPaul Series 12 queen are you based on your degree?

We can’t all be Jaida


If there’s anything that can brighten up the mundanity of lockdown, it’s RuPaul’s Drag Race –  and with Series 12, Celebrity Drag Race and All Stars 5 in the pipe line, there’s never been a better time to sit back and indulge in the deathdrops, diamanté and drama of it all! If during these long, long days you’ve ever wondered what queen you’re most like, never fear for I present what Drag Race Series 12 queen you are based off your degree. So start your engines and may the best subject… win!

Do our Rupaul Quiz to find out who you are!

To start with we’re heading to Kansas City. This queen was a wicked witch in the workroom and a “Toto she betta don’t” in the confessionals. What better degree to represent than Politics?

Politics students are without doubt the most outspoken, opinionated and argumentative people – whether on a night out or at a quiz night in the union bar – so it makes sense that they’d be paired with Widow, who never let a queen talk over her, or anyone else for that matter. Politics students always have receipts and aren’t scared to call out that one problematic friend of yours’ Facebook post. Just like that one deathdrop in the ‘I’m that Bitch’ performance, they never do a job half-hearted.

How could we forget Jan, arguably the most classic RuPaul queen, lovable but the human equivalent of the Fiat 500? She could sing. She could dance. She could pull off thigh high pants. But ultimately, she “got in her head” – a line we see over and over again across the 12 series.

Much like a psychology degree (aka the “middle class private school I don’t know which A level I like best” subject), she was basic but nice. You rooted for her and would probably be friends with Jan but could also find a replacement at the drop of a hat. Honestly, the girl spoke about her feelings and mental state so much if that’s not a psychology student, what is?

Any drag race viewer felt bad for Nicky at some point in the series. I mean, after all it’s bloody hard having to think of something on the spot in an improv challenge in one language and then go on and deliver a translation with comic-timing in another.

It’s the drag equivalent of a languages student remembering how to answer the question in one of their languages, but not the one they’re being tested on. One might go as far to say the Parisian fashionista worked the hardest in her episodes and was judged on a harsher level than the humanities or the sciences of this world – an MFL student all over.

Yeah, we forgot they were a thing too…

With a penchant for bringing different cultures and far off places into as many conversations as they can, Jackie Cox could easily be confused for a geography student newly returned from their life changing gap-yah, where they strolled around in a pair of harem trousers for a month and had a spiritual experience by stroking a heavily sedated tiger… watch out Joe Exotic!

As we know from her “Droop advert challenge,” the Persian-Canadian queen is no stranger to a floaty trouser, so the classic geography girl flairs would hardly come at a push. Whilst slightly repetitive at times, their undeniable systematic wokeness makes them hard not to love.

English students. You all know one. They live for life’s little dramas, so it makes sense that their RuPaul doppelgänger would be the loud and proud larger-than-life Britta!

Just like their New York City bestie, Jan the Psychology student, English students can get in their heads and worry about what other people think of them. Brita referred to herself on the main-stage as a “Pineapple Princess.” It’s such an English student move that she might as well find an overpriced coffee shop, throw on some flared jeans, and bag herself a fully annotated Arden edition novel at the ready!

And now for the queen everyone wants to be… Jaida, the current reigning Drag Race Champion. She’s made us laugh at her comedy. She’s made us gasp at her runways. She’s dazzled in her acting challenges.

When you watch her, the fans can tell she has perfected her look over years, with blood, sweat and tears. Tbh Medics would probably say they’ve had to endure the same level of hard graft. Jaida continues to amaze the judges and is forever pulling new tricks out the bag (“look over there”) much like a cheeky grade eight piano on a medic’s personal statement. There’s always that extra je ne sais quoi. The only thing that sets them apart is how Jaida doesn’t permanently shout how talented she is from the rooftops. Medics on the other hand….

Crystal was a firm favourite in the final but ultimately was overshadowed by winner Jaida. This lends herself to medicine’s younger sibling degree… nursing. While Jaida may come across feisty and fearless at times (giving us a rare moment of vulnerability in the superfans episode), Crystal comes across much more compassionate and sensitive in the edit.

Everyone loves Crystal, she’s been patient, a good listener to her other queens and the judges (clearly pretending to have a clue who El DeBarge is when in reality having not the slightest). Let’s be honest, she’s never going to look as traditionally-polished as Jaida, just how nursing may be looked down on compared to medicine, but a first is a first and this girl is first rate!

Gigi Hadid eat your heart out. There’s a new Gigi on the scene and she is serving looks. Despite starting as the fashion queen of series 12, she’s proved herself to be so much more. One quick look at her Instagram shows she’s coming out of this show securing the bag.

The could-be influencer is making it rain and therefore lends herself entirely to the law student. The well-rounded Illinois contestant is the queen of mean, and despite the occasional wobble (let’s not talk about that puppet show) she always picks herself up and dusts herself off. Heaven forbid anyone should ever see a moment of vulnerability! Law student vibes through and through.

In freshers, you imagine that classics is a subject that will be dropped like a hot rock asap, but just like Heidi, it comes into its own as the semester goes on.

Despite seeming irrelevant in the previews, and doing not nearly as much work as the laws and medicines of the competition, they’re on the same starting salary after graduation so tbh who’s the real winner? We all know Heidi is going to be raking it in through Insta-ads until the next series takes over. And let’s be honest, every classics student thinks their hugely manufactured “quirky” personality is enough to win them “Ms Congeniality” 2020.

The gal left so early she is history… ‘nuff said.